BD is in full compliance with laws and regulations surrounding the safe use of ethylene oxide (EtO). All facilities have permits for EtO emissions, and BD operates in accordance with all requirements.

BD uses independent, third-party companies to test the effectiveness of our emission control technology. This is to ensure the safety of our operations and compliance with local, state and federal regulations, as well as a requirement in our air permit. In addition, we employ monitoring inside our facilities to ensure the safety of our employees and compliance with Occupational Safety and Health Administration (OSHA) regulations.

BD works closely with the Georgia EPD regarding regulatory compliance around ethylene oxide (EtO) emissions for BD’s facility in Covington and Madison.

Even though our current EtO emission controls are among the most effective in the industry, BD is continuously striving to improve air quality controls at our facilities. We are currently working with Georgia EPD to implement additional voluntary improvements to further reduce emissions in Covington and Madison. Since August 2019, BD has voluntarily invested nearly $40 million to fund several upgrades and process changes to further reduce emissions.

Under the Clean Air Act, the U.S. EPA sets limits on certain air pollutants. The EPA has set emission standards for EtO under the National Emission Standards for Hazardous Air Pollutants (NESHAP) rule, which applies to commercial sterilization and fumigation operations. EPA is in the process of developing a new proposed rule on EtO emissions under NESHAP. Working with AdvaMed and others in our industry, we have engaged with U.S. EPA to provide information about the control technologies and process controls we deploy at EtO sterilization facilities, as well as the role of EtO sterilization to the healthcare system.

Additionally, the EPA engaged in a study to determine whether EtO is more broadly found in ambient air than previously understood (2018-2019). Air monitoring readings were taken by EPA in 18 sites across nine states, with broad ranging populations and climates – rural and urban.

EPA found the average presence of EtO in ambient air (normal background levels) ranged from 0.2 to 0.4 micrograms of EtO per cubic meter of air.

On July 15, 2019, the FDA launched an innovation challenge to identify new sterilization methods and technologies as an alternative to EtO and reduce EtO emissions. BD’s innovative approach to reduce EtO consumption and permitted air emissions in the sterilization of medical devices was accepted into the FDA’s Innovation Challenge. We are one of 12 accepted proposals out of 46 applicants.

The industry challenge is part of FDA’s ongoing response to the focus on emissions from the use of EtO to sterilize medical devices.

FDA’s selection of our proposal into the program marked a critical step in our ongoing partnership with FDA to continue to improve upon and ensure the continued safe use of EtO by combining process/cycle optimization and facility design changes. It reflects BD’s commitment to the well-being of our communities and safe use of EtO sterilization by ensuring all BD facilities are designed and operate with a high level of process safety and environmental controls.

Under the Toxic and Hazardous Substances rule, OSHA sets permissible exposure limits for EtO for workers. Exposures to EtO are addressed in specific OSHA standards for general industry, shipyard employment, and construction.

Association for the Advancement of Medical Instrumentation (AAMI)

ANSI is a private, not-for-profit organization dedicated to supporting the U.S. voluntary standards and conformity assessment system and strengthening its impact, both domestically and internationally. 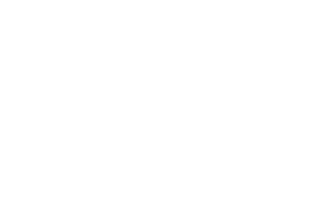 Facebook Twitter Linkedin Youtube
© 2020 BD. All rights reserved. Unless otherwise noted, BD, the BD Logo and all other trademarks are property of Becton, Dickinson and Company.
Menu